If you are based in the USA, Canada or Mexico, please visit our new VIRPIL USA Webstore: https://virpil-controls.us.com/
Skip to the end of the images gallery 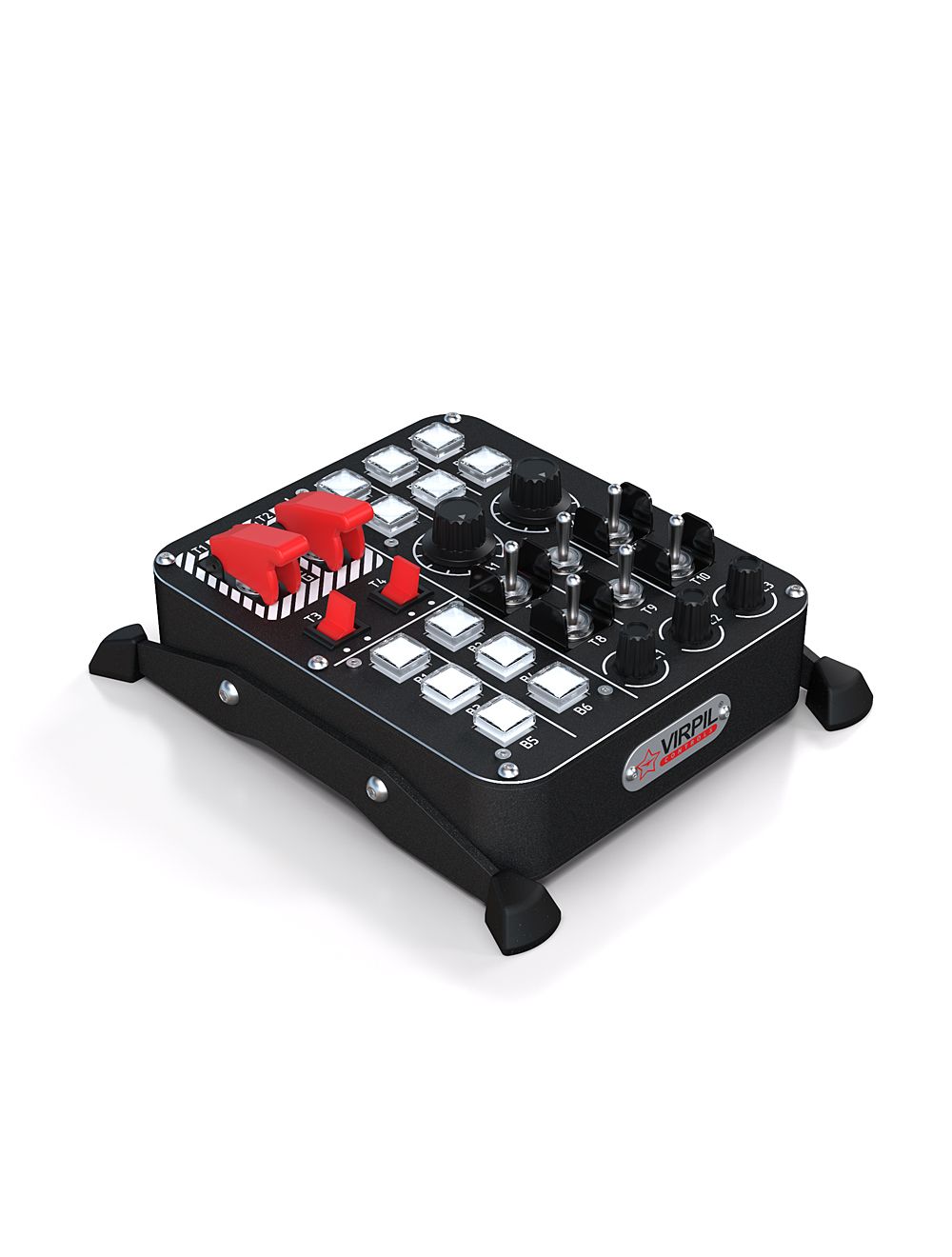 Introducing the new VIRPIL Controls range of control panels! This is the perfect addition to any VPCockpit to dramatically increase the number of programmable inputs.

The full feature set includes a huge number of controls and configuration possibilities that will surely satisfy even the most avid of virtual pilots!

The VPC Control Panel #1 can be added to your VPCockpit in a number of different ways. It can be used on a desktop using the included legs, it can be mounted onto the VPC Desk Mounts and it can also be combined with another Control Panel or to the VPC MongoosT-50CM2 Throttle to form a single unit.

VPC Control Panels can operate as a standalone USB device, or they can be joined using the AUX connector to appear as a single input device which allows further control programming options such as controller the VPC Control Panel using the mode-dial on a joined throttle unit!